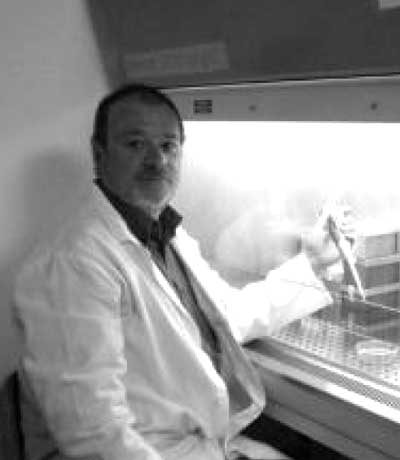 His research focused since 1984 on the mechanisms of signal transduction mediated by oncogene products. In particular he contributed to the identification of new ligands and receptors, developing an established experience on transformation and tumorigenesis mediated by tyrosine kinase receptors.

Among a number of achievements are: the demonstration that cellular oncogenes are involved in SV40-mediated mesothelial transformation (2001-2002), the identification of intracellular constitutively active molecules driving to mesothelioma development after exposure to asbestos fibers (2005-2008), the diagnostic and prognostic significance for microRNA in mesothelioma (2010).

All these discoveries, prompted for the development of novel specific drugs for mesothelioma therapy. More recently, at the University of Hawai'i Cancer Center, he contributed to the discovery of a new syndrome (2011–present), caused by germline mutations of BAP1 gene, characterized by the development of mesothelioma, uveal melanoma, atypical melanocytic tumors and other cancers (discovery published on Nature Genetics and Nature Review on Cancer).

He received research funds from AIRC (Associazione Italiana per la Ricerca sul Cancro), from the US foundation MARF (Mesothelioma Applied Research Foundation), from European Union, among others, and is co-investigator on NIH-funded projects in the area of mesothelioma carcinogenesis