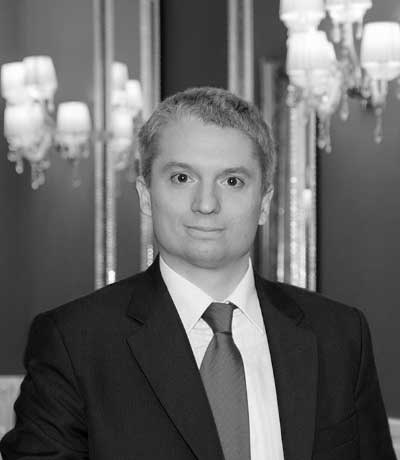 Pierluigi Testa was born in Rome in 1977 and he graduated with honors in Economics at the Sapienza University of Rome. He also holds an Executive MBA at LUISS Business School. Furthermore he was admitted to the Ordinary Session of the Italian Institute for High Defense Studies. An economist and an expert on marketing, institutional and international relations, Pierluigi has developed a particular interest in the micro and macro phenomena of the Italian and global economy. He has built his professional experience in national and multinational companies in the industrial and services sectors.

Founder and President of the independent Think Tank 'Trinità dei Monti', established in February 2012 in Rome, through which he cooperates with the Italian and foreign governments, the Italian ministries, the diplomatic world and the business and academic institutions.

He regularly attends international economic forums as moderator or panelist. Since 2013 he has been a member of the Pontignano's Anglo-Italian Forum, which brings together 100 UK and Italian personalities including politicians, entrepreneurs and businessmen, journalists and opinion makers to discuss key issues relating to the two countries. Vice President of the Alumni Association of Graduates in Economics at the Sapienza University of Rome where he launched and managed the online magazine 'Visione e Dimensione', he presently works to strengthen relationships with the business community and deals with projects aimed at enhancing students. Founder and Managing Director of the course in 'Economic Journalism and Business Communication' (2011 and 2012) at the Sapienza University of Rome.

Pierluigi currently helds lectures and seminars in public and private universities in Italy and abroad. He is the author of several articles and publications, including the study on 'The future in twenty years' published in 2016 by the Think Tank 'Trinita dei Monti'. His interests outside work include high mountains and triathlon: he climbed Monte Rosa twice and has attended triathlon competitions for ten years.